Every month it feels like there’s a new tech device set to solve all of our problems. Most of these supposed saviors are wearable devices that monitor physical activity (e.g. steps) and biological systems in the body (e.g. heart rate), and report the data to an app. You may be familiar with some common wearable formats including smartwatches and fitness trackers. Wearable devices have graduated from hype and promise to practicality, consisting of functional products in a more familiar format: smart helmets, various pieces of jewelry, glasses, headphones, and skin patches.

The increase in practicality naturally leads to a growing market, projected to reach $9 billion by 2026. However, only products that can actually deliver on the promise to benefit customers will be successful. Too often, overhyped products have failed to deliver on the bottom line. Wearables must have a positive impact on our lives and help us be our best self. With an increased emphasis on utility, usability, and user experience, wearables are moving from niche products to part of our daily routines.

The most common wearables are fitness trackers. Apple watches and Fitbits are among the most popular and are known for simple and friendly design. Since the first-generation in 2015, the Apple Watch’s design has been consistent: one button, a digital crown, and a display. Even when hardware and software updates introduce new features and capabilities, the Apple Watch’s design remains simple. Complex, layered devices that don’t prioritize the user first are at risk of becoming outdated, and often end up collecting dust in a drawer.

The average individual receives 63.5 notifications a day, according to a recent Telefonic study. When a new wearable enters the market, there’s a natural hesitation that the device will add a new set of dings and buzzes. Devices need to decide which notifications are important and which are a nuisance. Fitbit does this best, using AI filtering to alert you only when it’s important. 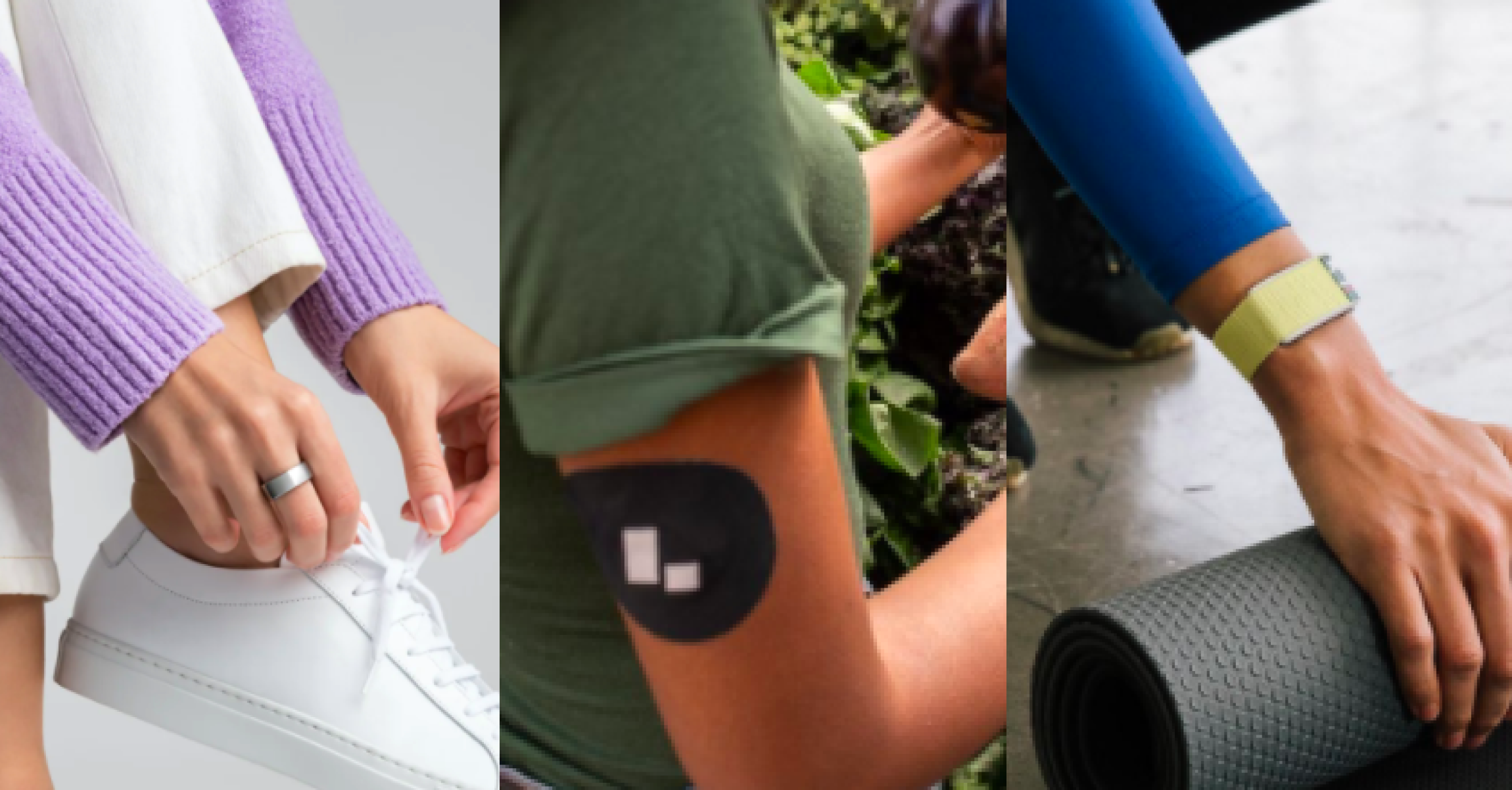 Some wearables may have displays, but a visual interface is not what makes a wearable useful–it's the benefit that the device gives you.  Oura is a great example of a device that generates beneficial health insights without showing any of it through a visual interface. It’s designed to look like a regular ring, but it also collects data about sleep patterns, body temperature, and heart rate. The ring has no haptic vibrations, sounds, or other interactions between the ring and the user–all the data is shown in the companion app.

Similar devices like the Whoop band and the Levels glucose monitor fall in the same boat–neither product has a display but both bring large benefits to users. The  products look like non-technical, non-smart devices that collect data passively. “We want the data without feeling like we are getting the data,” said Theresa Guerrera, a product manager at iRobot

Wearables is still a nascent industry, with new players in the game each week. While there is plenty of growth, the key facts still stay the same–simple design, limited notifications, and non-visual interactions are the key to success. Through prioritizing function and seamless integration, the industry can continue to grow and provide lasting benefits.